I decided to post this on International Women’s Day after reading Laura’s piece that she put together for my blog. Parenting is hard enough; co-parenting seems to take it to another level. Laura, I’ve no doubt you are an inspiration and strength for your daughter – happy International Women’s Day. Here’s Laura’s story.I am a child of divorced parents myself but I had one home (with my Mum), my siblings and I just saw my Dad for occasional days out and the odd sleepover at his 1-bedroom flat. Subsequently my relationship with my Father is a lot less close to that of my Mother and, in my mind, he stopped being a real hands-on parent the day he left our family home and our day-to-day lives.

With that in mind, when my ex-husband and I separated in 2013, we were adamant that our 2 and half year-old daughter would maintain her incredibly close relationships with both of her parents. We focused entirely on what would be best for her, what she would like and how to make her feel safe, stable and secure 24/7. It very quickly became apparent that what was best for her wouldn’t necessarily be what was best for us however, as hard as it was, we couldn’t be selfish or jealous as it wasn’t about us anymore. Our little one was the innocent victim in the demise of our marriage so we were determined to make this as painless and worry-free as possible for her going forwards. Just because her Father was no longer going to be my husband did not mean he deserved to lose any of his right to be an active and involved parent, and the same applied to me. 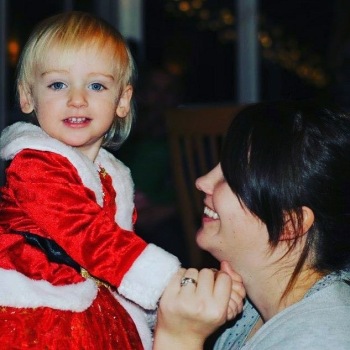 My ex-husband is an incredible Dad, the very best I know, that’s why I had a child with him as I just knew he’d ace it. Neither him nor I decided to have a baby together to, three years later, miss out on half her life. Giving up on our marriage was the hardest decision I’ve ever made, it still pains me to think about it to this day. Life, as I knew it, changed instantly overnight and I lost my best friend, my husband and being able to see my daughter every day of her life.

But instead of sympathy (not that I particularly want any!), I am instead often told how lucky I am to be a co-parent; ‘lucky’ to get lie-in’s, night’s out and every other weekend “off”. Don’t get me wrong, I see where people are coming from on some respects as I see how it must look from outside, but ‘lucky’ isn’t the word I’d use for co-parents. Far from it.

I don’t think I’m lucky to miss half of my beautiful daughter’s life because her Daddy and I couldn’t make our marriage work. I don’t think I’m lucky to have no idea what she is doing, who she is with or where she is for 50% of the time. I don’t think I am lucky to not get to have her and celebrate her very existence on her actual birthday (if it happens to fall upon a day where she’s with her Father that year) or to only have her every other year for Christmas. The personalised embroidered stocking, the handmade Christmas Eve Box (yes I totally fell for that bloody new-age tradition) and the Santa plate that we painstakingly made and painted together sits collecting dust in the attic for 2 years, waiting for my turn to have Christmas with her again.

I don’t think I am lucky to have to appeal to the ex to let me have my daughter for part of either my birthday or Mother’s Day. Mother’s Day fell on his weekend to have her two years ago so I only got her for a couple of hours for lunch. I took the two of us out to eat at her favourite restaurant. It literally took everything I had not to crumble and cry at the immense loneliness of the situation and the intense pressure I felt to try and make it somewhat joyful for us both. I did my best and attempted to keep my toddler entertained and happy for the two hours I had her but it was hard! I was so determined not to look like the incapable loner sad-sack of a single Mother whilst surrounded by other diners who all adopted a more stereotypical family set-up, being loved and celebrated by their children and husbands.

Her birthday parties cause a whole load of friction too every year too. Not only is it the only time each year where both my ex’s and my family have to all be together in one place, we also have to decide who is going to do what, who pays for what, who will make the cake, who will do the party bags, whose weekend the party will fall on. Last year’s 5th birthday party was bad, not only was I painstakingly single and there on my own, whilst he was there complete with new girlfriend and new step-child, it was also them who got my daughter ready (it was her weekend with him) and they all arrived together. And then, 2 hours later, I watched my baby go back home with them whilst I returned alone to my horribly quiet house with just half a jungle-themed birthday cake, a dozen walking tiger balloons and a very poor quality video my Mother had taken on her phone of everyone singing “Happy Birthday” to keep me company. That was a low. 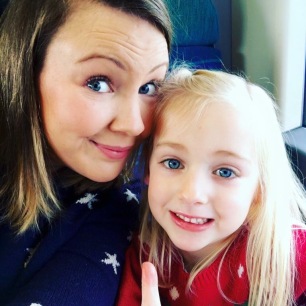 I sit in her bedroom when she’s not with me, holding ‘Slinky’ (her comfort blanket) and I look at the wardrobe of tiny pretty clothes that, inevitably, she’ll grow out before she ever gets the chance to wear them all. Her bedroom is too neat for a normal 5 year-old’s, it should be messier and more played in. I drive around half the week with an empty car seat in my car. The kid-friendly food in my fridge all goes off before she’s back to finish it, any proposed holiday plans (location, duration, the times, dates and proposed itinerary) must be okayed by the ex, who then has to write out a formal permission letter so I don’t get stopped at customs being accused of abduction.

There have been times when she’s been ill and I only found out about it when I called to speak to her that evening. On the days he picks her up from school I don’t get told what letters she’s bought home or what birthday parties she’s been invited to as her Father (being a man) forgets to pass that information on. He probably doesn’t see it as important but being the control-freak woman that I am, I feel so out of control on so many things in her life – I don’t know who has taken photos of her, who babysits her, who paints her nails, where’s she’s heard the songs she’s now singing, how come she suddenly eats eggs after 5 years?!

We have to be the most organised people in the world. We both get our calendars out on Jan 1st and map out all the weekends for the upcoming year ahead. We organise who has her for which Bank Holidays, school holidays, what planned trips he’s booked or I’ve booked….it’s all written up on the shared calendar.

I had to forgo being the one who takes her to the dentist in return for being the one who takes her to the optician and who gets her hair cut. I’ve lost count of the times I’ve either had to drive to my ex’s house because he or I forgot to put the PE kit or the lunchbox in the school bag, or forgot to hand over the comfort blanket or the school trip return slip that needed to be in the next day. We now have two sets of school uniform and school shoes, two pairs of wellies and dance shoes, two drama club t-shirts, two pairs of her glasses, two of literally everything. My ex and I try to keep our communication purely to matters relating to Isla as this avoids high drama…most of the time! If you look through our threads of conversation it’s usually about when Isla last washed her hair, how is the dry skin on her forehead, what’s her NHS number, did she have a normal poo when she was with you yesterday….y’know, all the standard stuff you want to discuss with your ex. 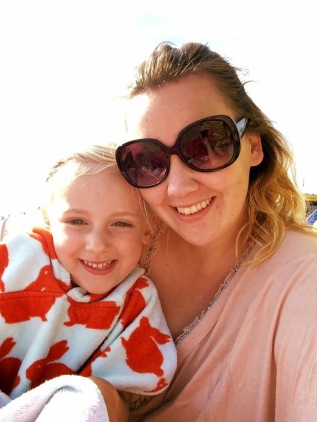 We argue, fight and compete over stupid things like who got to keep the baby book and scan photo, who gets the various swimming certificates, whose house Isla displays her birthday cards, who gets to keep the end of term artwork folder (which, to be honest, I doubt neither of us really ‘want’ but just have to argue over and have for the sake of it) I dread the day she loses a tooth as I know there’ll be fights over who gets to keep the disgusting bloody thing!!!

And her grandparents, cousins and Aunts and Uncles all miss out too. For the first 3 years of her life they all saw her loads but now, whenever my ex or I have her, we’re greedy and just want her all to ourselves. I feel bad for them and I know they desperately miss her but we all miss her because we all see her a lot less than we were used to or that we want to.

I feel almost fraudulent calling myself a Mother as I only get to do it part-time. I want the full-time role, I want it so much, but for the sake of my darling girl’s happiness, I will have a lie-in every other Sunday and remember to acknowledge how “lucky” I am for being able to do so 😉