When my eldest turned 5 last year it was all about superheros. They were everywhere! So, his party theme was a no-brainer.

The party was held at home and it was a fun and pretty easy party to organise with everything being home-made. I like to be organised (that’s just the way I am) so a few months out I start looking around for ideas and materials. The entrance had a banner made from plastic material with superhero symbols cut out and glued on. I also cut-out a Spiderman picture and added spider web that we had for Halloween as the web coming out of his gloves. Easily made and it made for an impressive entrance.

I loved the decorations as they were so colourful and you can mix and match so much. I found the superhero sayings, Batman city-scape and the poster idea below through Pinterest as free printables. They were easy to print and cut out (stuck on the wall with Blu-Tak). The satin banner was purchased through Etsy. Add in some superhero coloured fans/pom poms/balloons/ring decorations and you are ready for the kids to have fun! 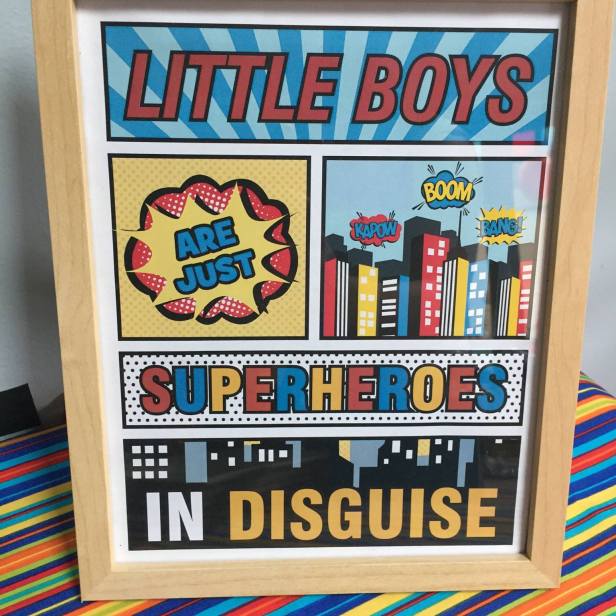 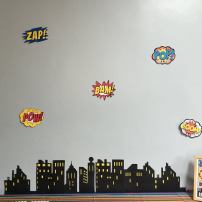 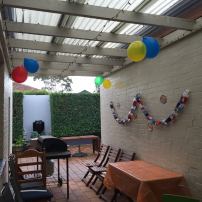 We had a great time deciding on which superhero food to have. The jello was purple and green jelly (for Hulk) and yellow and red jelly (for Iron Man). I bought the containers in a cheap party shop. Thor’s cupcakes were made from a standard cupcake recipe, buttercream icing piped on, and a marshmallow with a pretzel stick in it as Thor’s hammer. Captain America’s shield consisted of strawberries, marshmallows and blueberries – this was the first thing to disappear! I also printed off superhero drink bottle labels and glued them onto mini water bottles. The jars with superhero tags were bought off Etsy and I filled them with jellybeans – these were part of the party bags the kids got when they left. 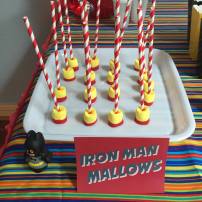 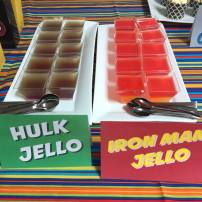 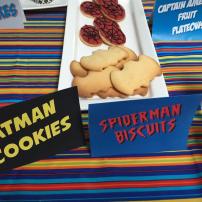 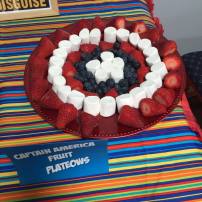 I make the birthday cakes and will put a disclaimer here – they’re not 100% perfect and I’m my worst critic! However, so far, the boys have loved their cakes and the smile on their faces is all I need. The Spiderman cake was the first one I’d done using fondant – and I have to say I hope never to use fondant ever again! I found it hard to deal with, fidgety and just a basic pain in the backside. I added our superhero minature toys around it and birthday boy loved the cake when he saw it during the party. 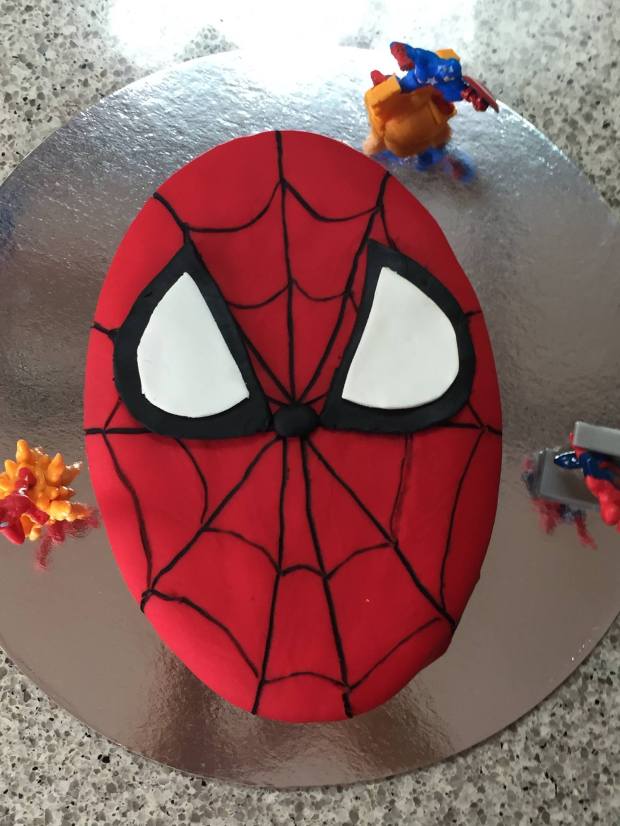 For entertaining the kids, I hired a party entertainer for the first time – and oh boy did they love it! Usually I organise the party games but this year I decided to out-source it. ‘Spiderman’ did an unbelievable job of keeping the kids entertained for two hours. I bet he slept for hours when he got home! 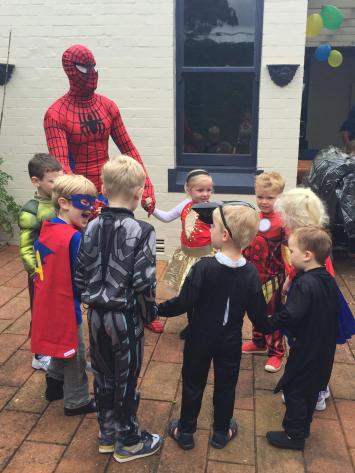 This was a party that was thoroughly enjoyed – both from the birthday boy and the party organiser!