Life as a parent can be exhausting. When it comes to getting children to brush their teeth it can sometimes be a struggle that I’m sure most parents would happily live without. Going through the (arduous) process twice a day which includes asking for teeth to be cleaned, repeating the request, ordering that teeth are to be done, shouting ‘Why aren’t your teeth cleaned yet?’ is enough for any parent to throw in the towel.

I have two boys (5yo and 4yo) – one who takes forever to brush his teeth and another who does it when asked. So when I was asked if I was interested in reviewing Playbrush, a device that gamifies teeth cleaning while encouraging healthy brushing, I was intrigued but in two minds. More so because it was game based. However, I did some research on the device and decided to give it a go.

The idea behind this app is to make toothbrushing fun for children and to teach them how to brush correctly. The packaging is colourful and eye-catching. Easy to open, the box contains the silicone hardware device which comes in blue or pink, a charger, an instruction leaflet and a little story book in various languages on ‘The story of Utoothia’. The device fits any standard manual toothbrush and connects via Bluetooth to a smartphone or tablet. The games lasts for two minutes and is set in the magical land of Utoothia, where the the person brushing their teeth has to save the Tooth Fairy and the kingdom from the evil Plaksta and his goblins, the Crobies (bacteria monsters). The children play this game through the control of their toothbrush – they have to zap the Crobies and earn points throughout the two minutes. 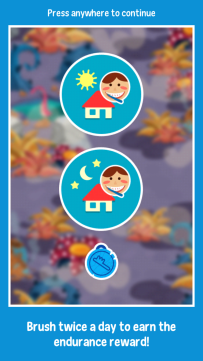 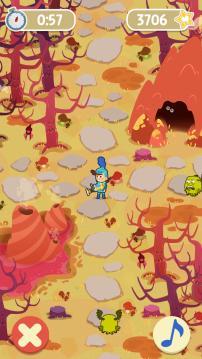 After downloading the app and following the set up instructions (which are easy and intuitive) you can choose from a prince or princess as your character. Once you slip the toothbrush into the device it connects quite quickly and you’re ready to go. It took me and my younger son a little while to work out which way to move the toothbrush in order to zap the Crobies and he did get a little frustrated with it so I was left to brush his teeth. However, my 5 year old son got it straight away. Throughout the two minutes they receive feedback on their brushing skills and earn awards at the end depending on how well the brushing went. There are different levels to the game. 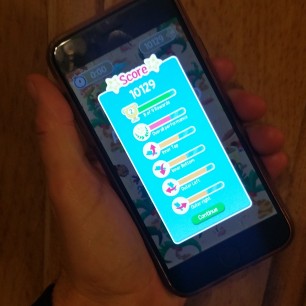 We’ve been using the app for a little while and the boys still enjoy it. The only downfall for our family is that during the working week I leave early – before my eldest son is up so he doesn’t get to do the toothbrushing game every morning (but does still brush his teeth!). It remains to be seen if we continue to use it because of that but either way Playbrush is an interactive, fun mobile game that does what it says – it makes toothbrushing fun (and less arduous!) and helps children with their brushing skills.

One thought on “Review: Playbrush – A game of toothbrushing”